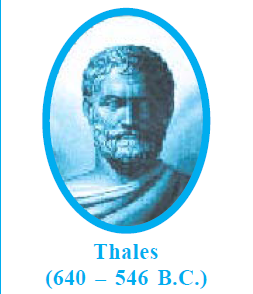 This is known as the basic proportionality theorem or sometimes by Thales theorem. But what does it exactly mean?

Consider a triangle ABC. A line is drawn parallel to the side BC and this line intersects the side AB at point D and AC at point E. Then, 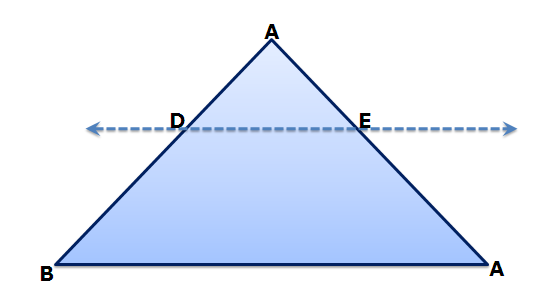 It states that if a line divides any two sides of a triangle in the same ratio, then the line is parallel to the third side. 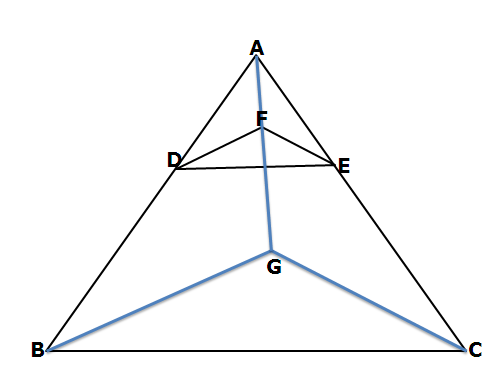 Solution:- First lets draw the figure.  Now we shall do a little construction. Draw a line DG parallel to EF. 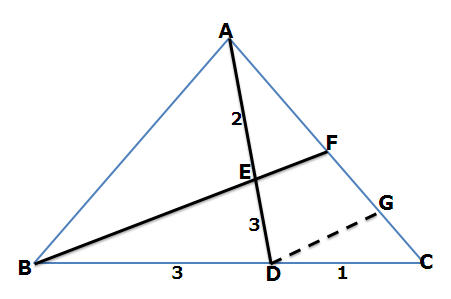 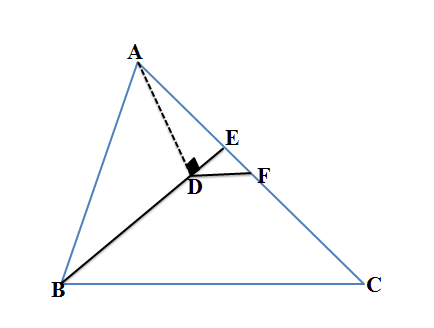 Solution: Extend DF so that it intersects AB at G as shown in the figure. 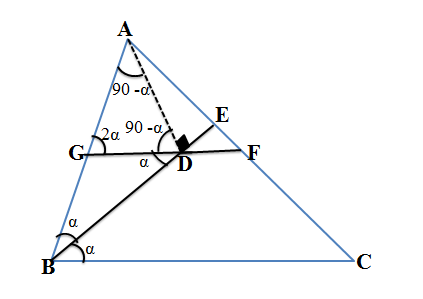 In a triangle ABC, if D and E are the midpoints of AB and AC respectively, then 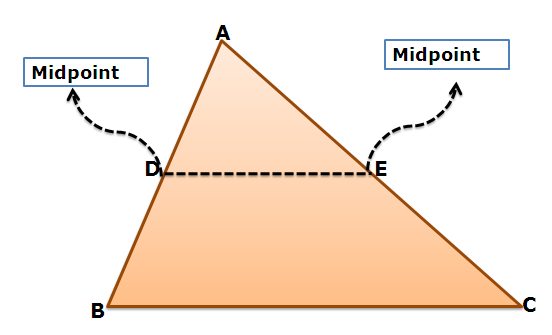 If a line is drawn from a midpoint of one side and parallel to the base of a triangle, then it will pass through the midpoint of the other side.

Q3. D and E are the mid-points of AB and AC of ΔABC; BC is produced to any point P; DE, DP and EP are joined. Then, 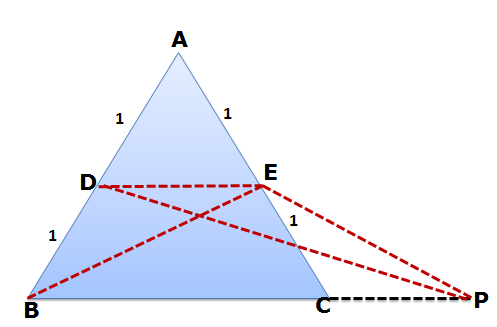 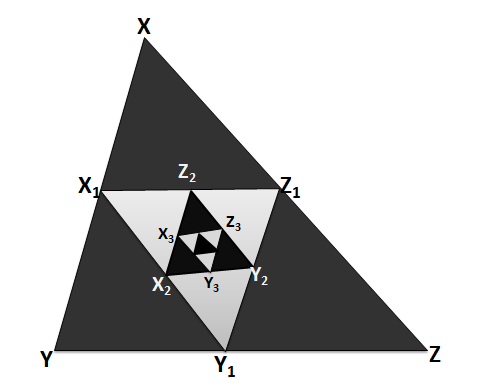 When we say two figures are congruent then we mean that both the figures are exactly the same in size and in shape. Or in other words two congruent figures are identical or can be superimposed on each other.

We shall confine our study to the similarity of triangles.

Consider two triangles ABC and DEF. If they are similar to each other, then

Applying similarity can be quite confusing at times and one might take wrong ratio of sides. So first consider those angles which are equal and then take the ratio of sides opposite to these angles.

Here ∠A = ∠D. Side opposite to ∠A is BC and the side opposite to ∠D is EF. Thus, we have taken the ratio of BC to EF {Corresponding sides}. Similarly for the other sides.

Option (B) is correct 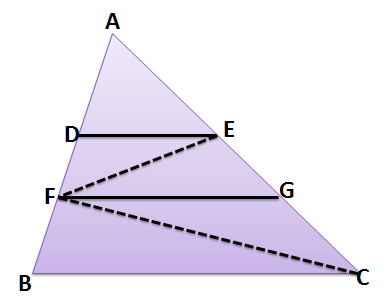 The situation is as shown below 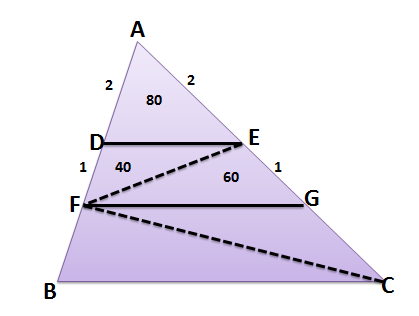 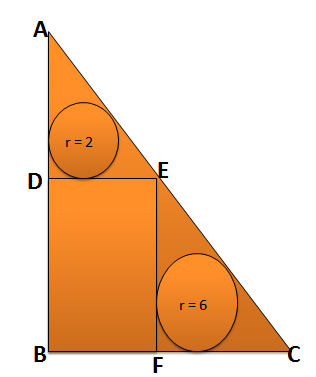 Ratio of sides = Ratio of inradii { for similar triangles } 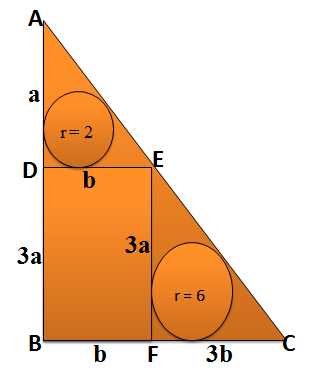 9.  As shown in the figure, PQRS is a square kept on side BC of the triangle. If BC = 10 units and the area of ?ABC is 75 units, then what is the perimeter of PQRS? 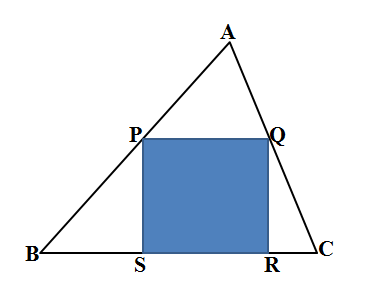 Consider ?APQ and ?ABC. Both are similar to each other as PQ || BC

So, the sides of these two triangles will be in the same ratio as their heights.

Let the side length of the square be x units. 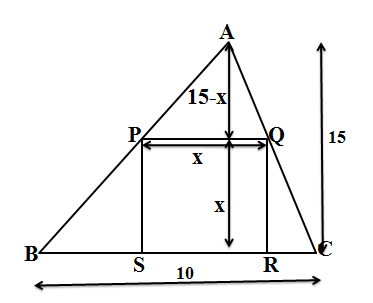 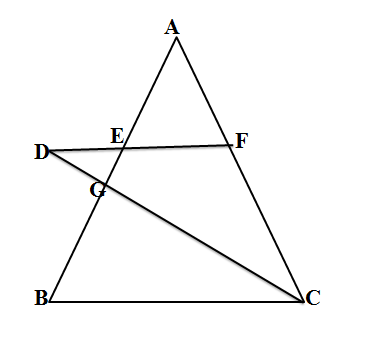 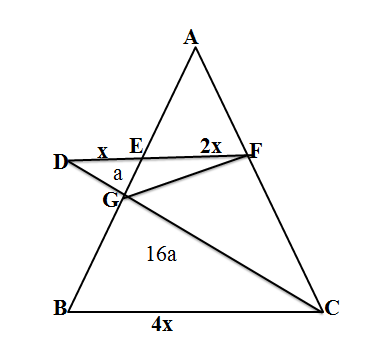 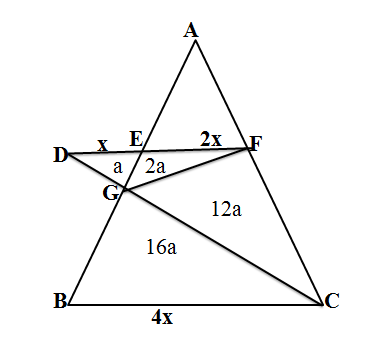