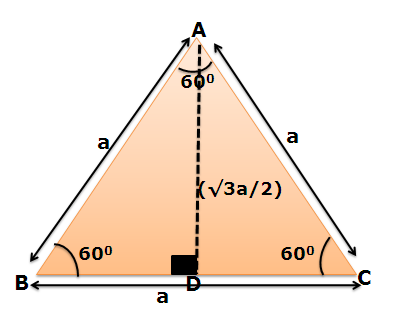 In an equilateral triangle, centroid, orthocenter , in centre and circum centre are all coincident i.e. the medians, altitudes, angle bisectors and perpendicular bisectors are all the same. 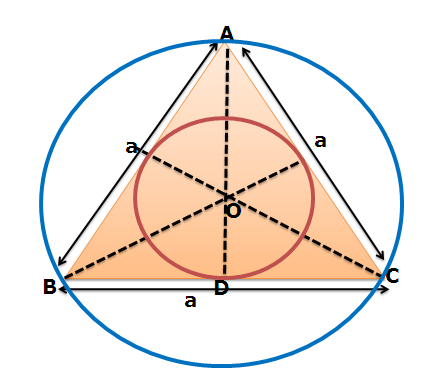 Q1. ABCD is a square and ΔAEB is an equilateral triangle. What is the measure of  ∠DEC? 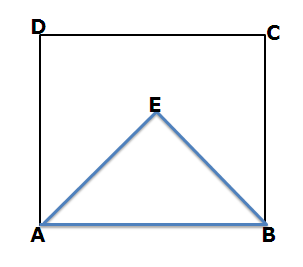 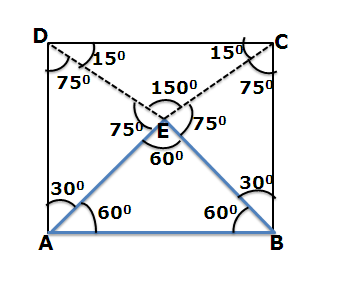 Q2. The distances of a point P inside an equilateral triangle from the three sides are 5, 6 and 7 units. What is  the perimeter of the triangle? 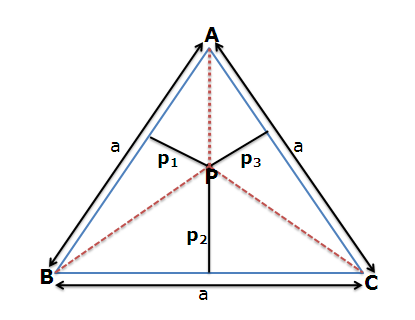 Let the distances of point P from the three sides be p1,p2 and p3. 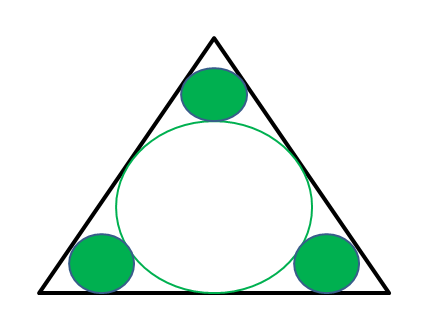 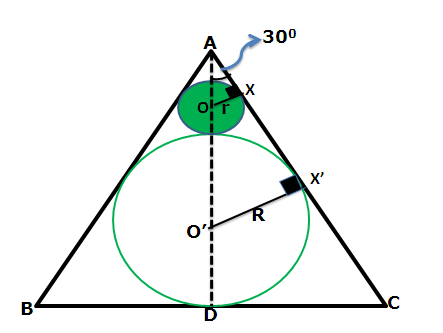 Q4. Three circles of radius 1 unit each touch each other as shown in the figure. What is the area of the shaded region? 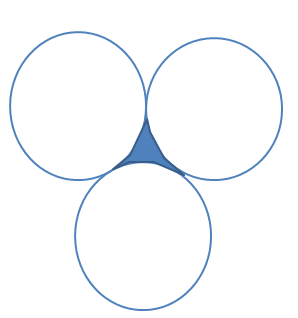 Solution : If we join the centres of the circles, we get an equilateral triangle of side length 2 units. 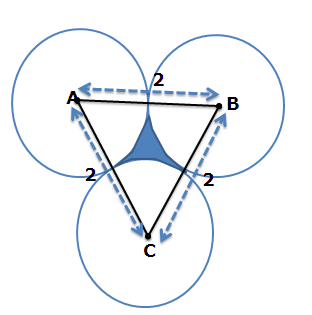 Now each of these sectors subtend an angle of 600 at the centre.

Q5. In the given figure , ABCDEF is a regular hexagon of side length 2 units inside which two circles are inscribed. Find the area of the shaded region? 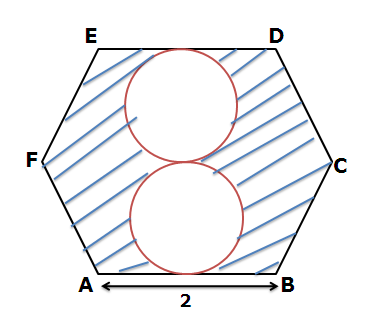 Solution:  If we closely look at a regular hexagon then we find that it is made up of 6 equilateral triangles. 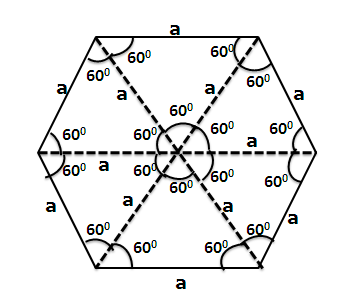 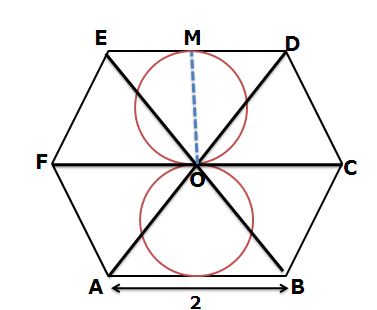 Here OM is the diameter of the circle and also is the altitude of ΔEOD. 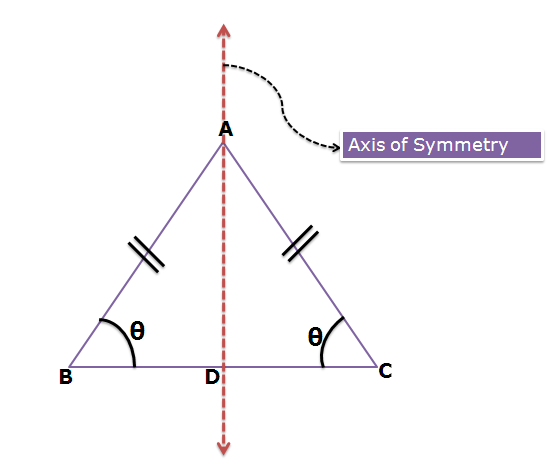 In an isosceles triangle, two sides are equal and angles opposite to these equal sides are also equal. 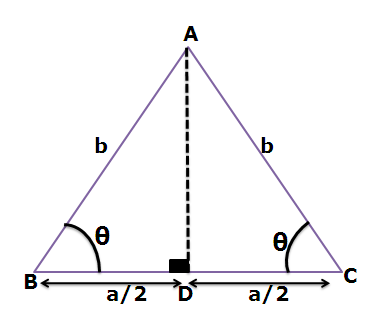 AD is the altitude as well as the median, so it is perpendicular to BC and also bisects it.

Using Pythagoras theorem in ΔABD, we get

Solution: An isosceles right is a triangle with two sides equal and two angles equal where as the non equal angle is equal to 900 . Let the equal sides be ‘a’ units and so the hypotenuse becomes ‘a√2’ units. 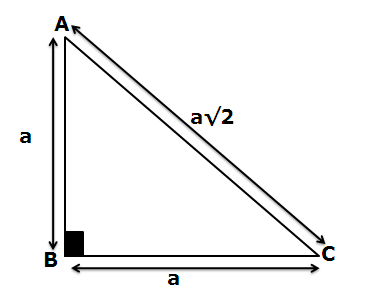 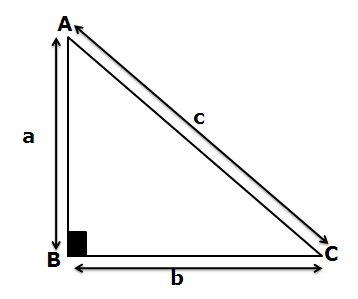 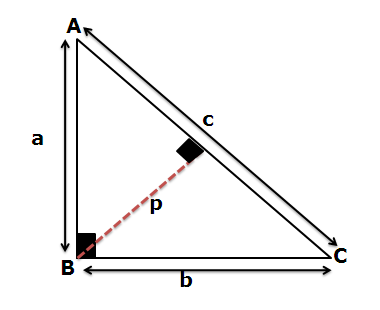 In-radius of a Right Triangle: 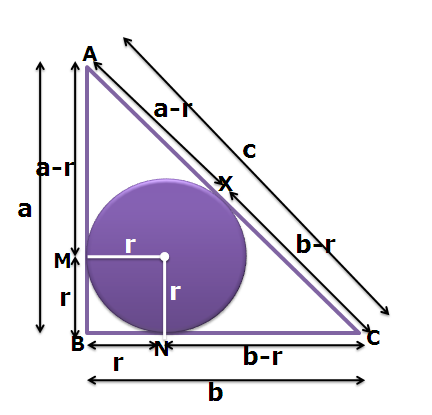 Tangents drawn from an external point to a circle are equal in length. Therefore AM = AX = a-r  and CN = CX = b-r

where a , b are the lengths of the legs and c is the length of the hypotenuse.

Circumradius of a Right Triangle:

Property: - The midpoint of the hypotenuse is equidistant from the three vertices of a right angled triangle. 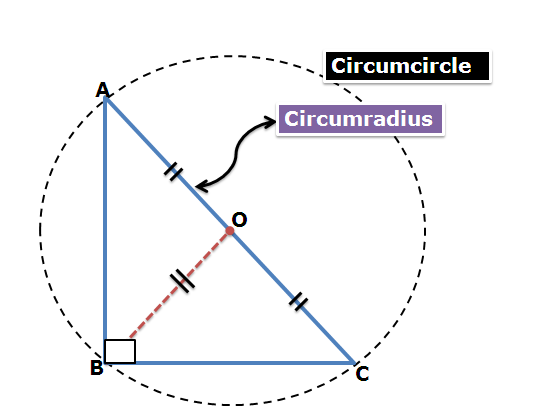 Thus, the midpoint of hypotenuse is the centre of the circumcircle and whose radius is equal to half of the hypotenuse.

Q7. In the given figure all the lengths are integers and AD is perpendicular to BC. What is the ratio of in-radius of ΔABD to that of ΔADC? 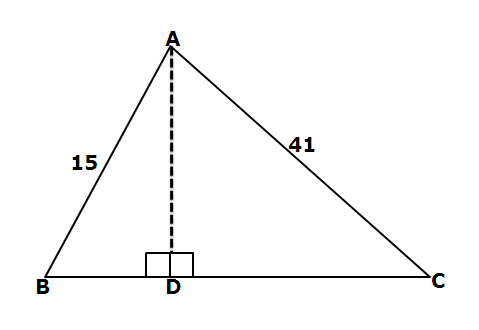 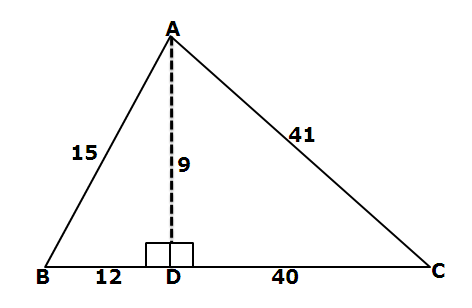 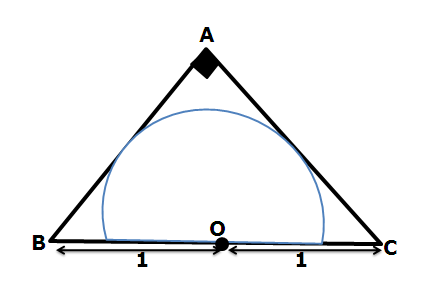 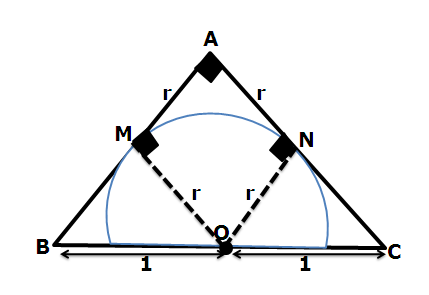 Using Pythagoras theorem, we get 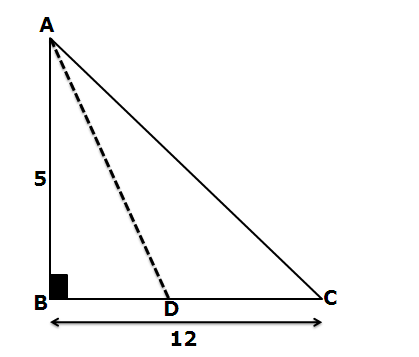 Now AD is the angle bisector of  ∠BAC 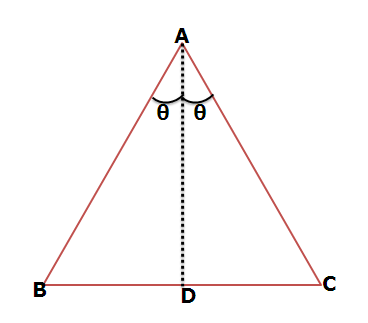 So applying the above property we get

Q10. A square is inscribed inside a right triangle as shown in the figure. If AB = 15 and BC = 8units. What is the side length of the square? 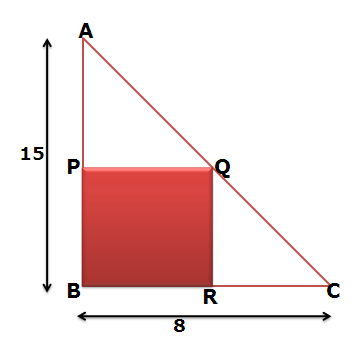 Solution: Let the side length of square be ‘x’ units. 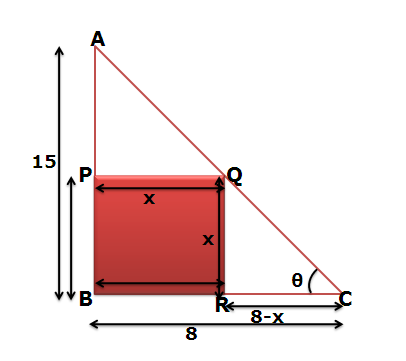