Lines, Angles and Basics of Triangles:

Angle is a figure formed when two rays share a common end point. These rays are called the sides while the common point is called the vertex of the angle. 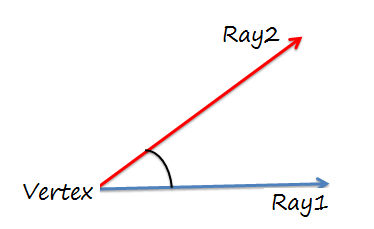 The different types of angles are:

Example 1: What is the measure of an angle whose complement is 37.5% of its supplementary angle?

Example 2. The sum of two angles is 800. If one of the angles is one third of the complement of the other angle, then the measure of these angles is-

Solution: Let the two angles be α and β.

If a ray stands on a line , then the sum of two adjacent angles so formed is 1800 and they are called a linear pair of angles. 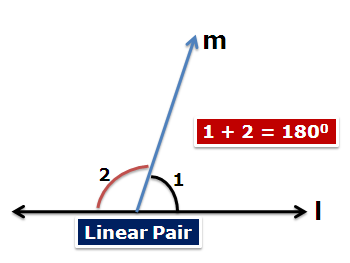 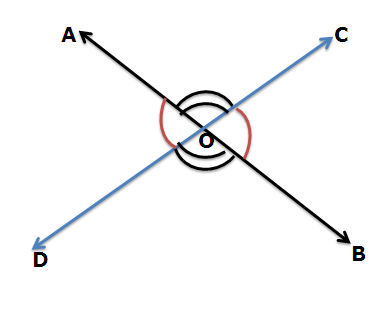 If two lines intersect each other, then the vertically opposite angles are equal. Here ∠ AOC = ∠ BOD and also ∠ AOD = ∠ BOC 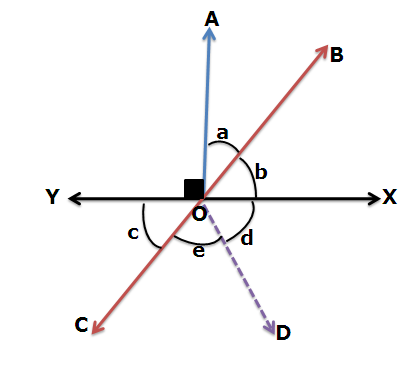 Solution: XY is a straight line and angle AOY is a right angle, so angle AOX is also equal to 900.

Now, b = c {Vertically opposite angles }

Two lines in a plane are parallel to each other if the distance between them is constant. 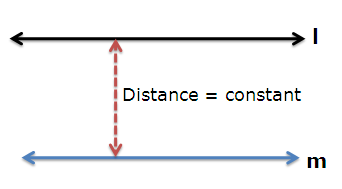 Parallel Lines and a Transversal

Let two parallel lines l and m be intersected by a transversal ‘n’. 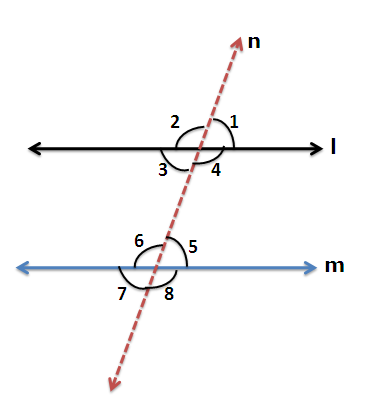 Note: If the angle bisectors of co-interior angles are joined, then they make a right angle with each other.

Example 4:  In the figure below, AB || DE. Also, CF is the angle bisector of angle BCD. What is the measure of ∠ DCF?

Solution: Draw a line passing through C and parallel to AB and DE 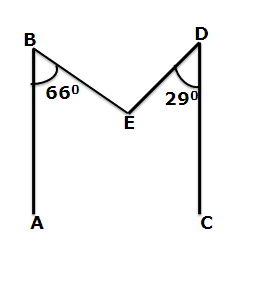 Solution: Draw a line parallel to AB and CD passing through E. 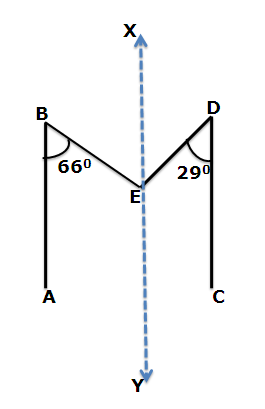 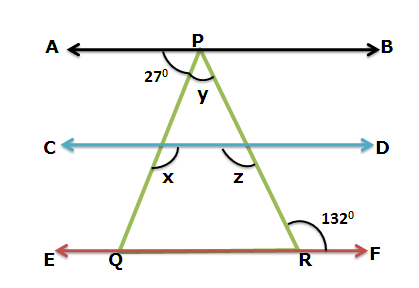 A triangle is a closed figure formed by joining three non collinear points. A triangle has three vertices, three angles and three sides.

It is a universal property that is applicable to every triangle that one can encounter. It states that the sum of all the angles of a triangle is 1800 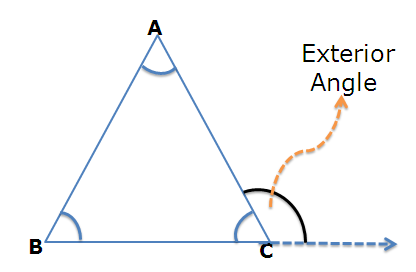 Now, this property is related to the sides and gives a relation between the three sides of any triangle. Again it is a universal property.

It says that the sum of two sides is always greater than the third side. i.e.

It can also be said that any side is always greater than the difference of the other two sides.

Q7. The three sides of a triangle are 7, 15 and x units where x is an integer. What is the sum of all the possible values of x? 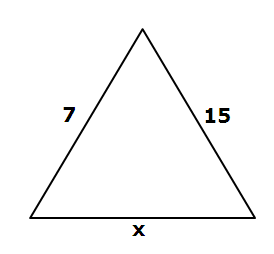 Q8. If the sum of all the sides of a triangle is 8 units, where all the lengths are integers, then how many such triangles are possible?

Solution: Let the lengths of sides be a, b and c units respectively. 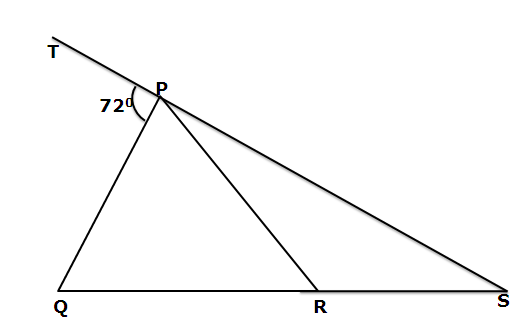 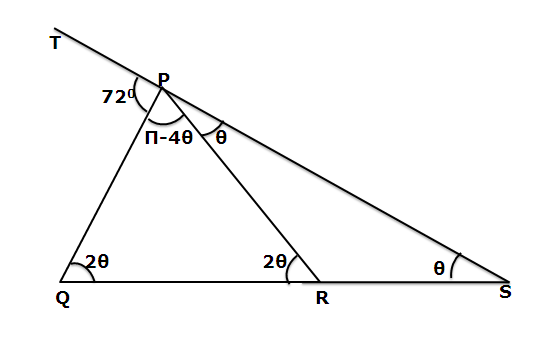 As ∠ TPQ is an exterior angle, so 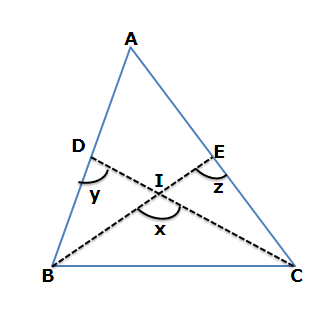 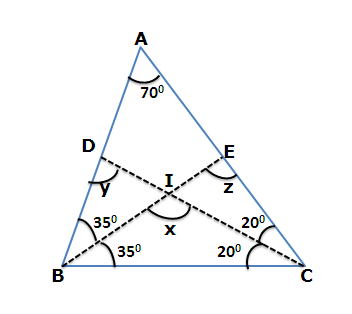 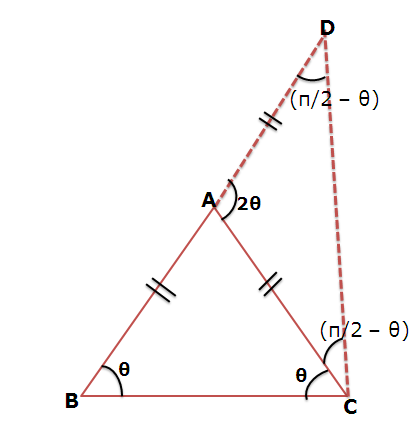 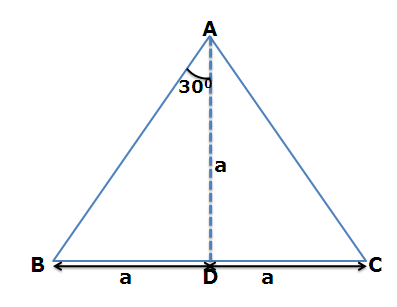 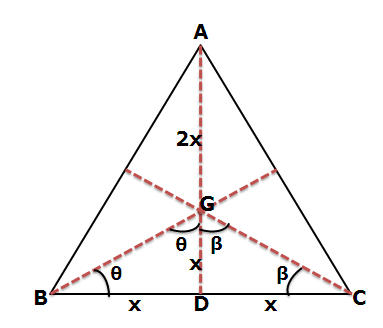 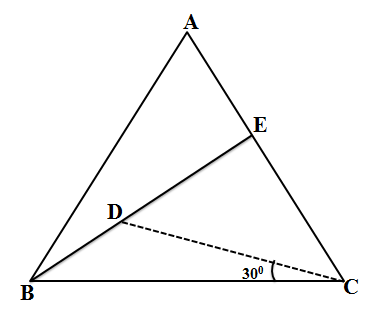 Consider  ΔDEC, Sum of all the angles must be 180

Solution: If we look at the figure with all the blue lines removed, we get the following figure- 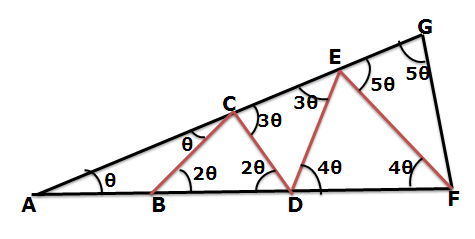 Now if we look at the figure with all the red lines removed, the figure looks like

All the angles are expressed in terms of ‘θ’ in the same manner as above.