Circles And Pair of Straight Lines :

A circle is the locus of a point which is at a fixed distance from a fixed point. This fixed point is known as centre and the fixed distance as radius. Let us say that the centre of a circle is (h,k) and its radius is ‘r’ units and let (x,y) be any point on the circumference of the circle . 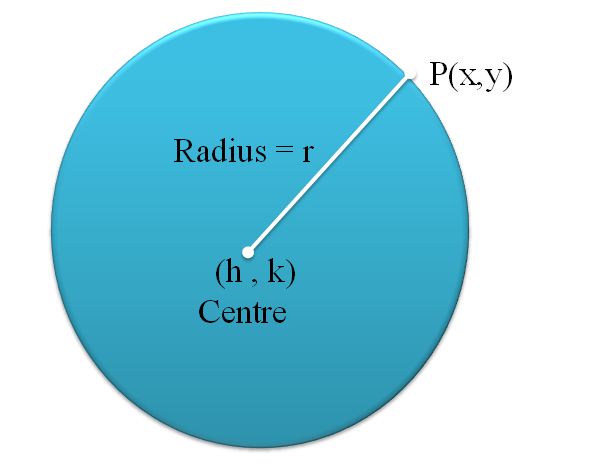 If the centre lies at the origin, then h =0 and k =0, so equation of circle becomes:

General form of equation of a Circle:

The second degree equation representing circle is given by :

Coordinates of centre are (-g,-f)

Equation of a circle with opposite diametric points: 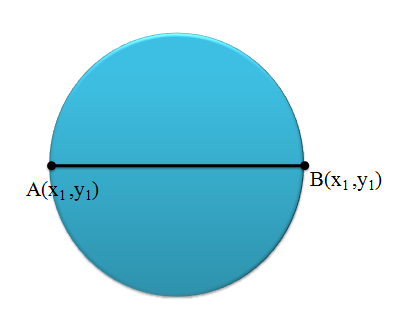 Example 1: Find the area of a circle lying in the first quadrant touching both the axes and passing through the point (4,2).

Solution : The circle lies in the first quadrant and touches both the axes.

So, centre becomes C(r,r) and radius is ‘r’ units

The circle passes through the point (4,2). 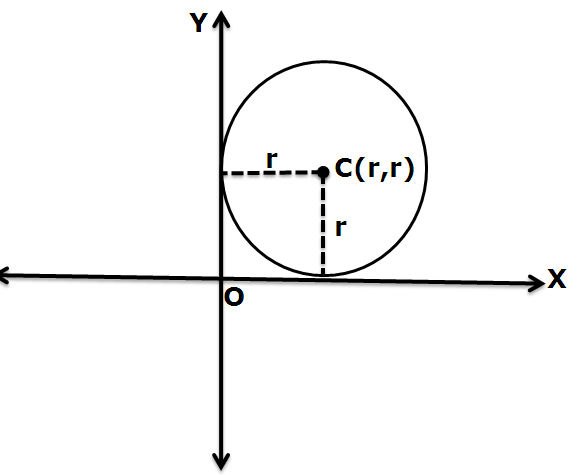 Intercepts Made by a Circle :

Let us say that a circle C1 cuts the X axis at two points A and B as shown in the figure. Definitely as the points lie on the X axis, so their Y coordinates are zero and let x1 and x2 be their x coordinates respectively. 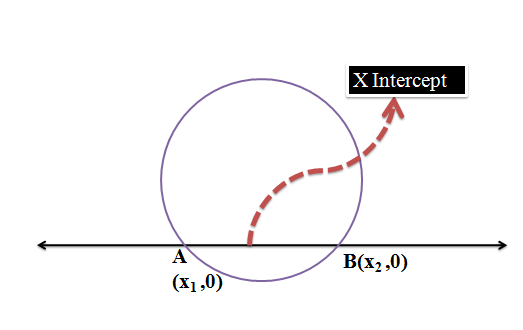 So, X intercept is basically the portion cut by the circle on the X axis. As y =0, putting it in the equation of circle, we get a quadratic in x only whose roots are x1 and x2 . The difference between the two roots will give us the length of the X intercept.

For the points where the circle intersects the X axis, ordinate is zero. So,

For the points where the circle intersects the Y axis, abscissa is zero. So,

As the discriminant is negative, we get imaginary roots and so this equation does not have real roots. So, the circle doesn’t intersect the X axis. And so, we do not get any X intercept.

As the discriminant is negative, we get imaginary roots and so this equation does not have real roots. So, the circle doesn’t intersect the Y axis. And so, we do not get any Y intercept.

Since the point lie on the x-axis hence the y co-ordinate of the point is zero.

Condition for a line to be a Tangent:

If a line is tangent to a circle, then the distance to the centre from the line must be equal to the radius of the circle. 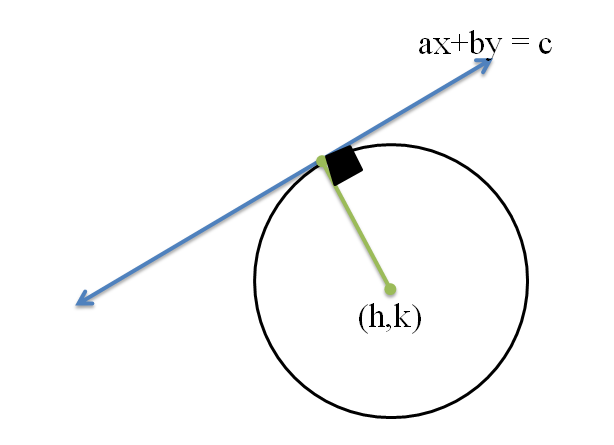 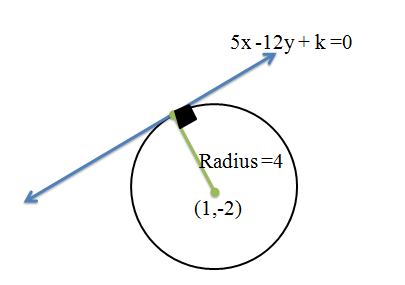 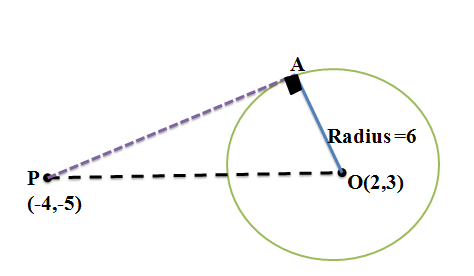 Family of circles is a set of circles which satisfy a common property.

Now, from two points, one can draw infinite number of circles passing through them.

Let us say, we have two circles whose equations are S1 and S2, then the equation of all the circles passing through the points of intersection of S1 and S2 is given by S1 + λS2

S3 is a circle passing through the intersection of S1 and S2, so

So, put this point in the equation of S3 to get the value of λ

Put this value of λ to get the final equation of S3. 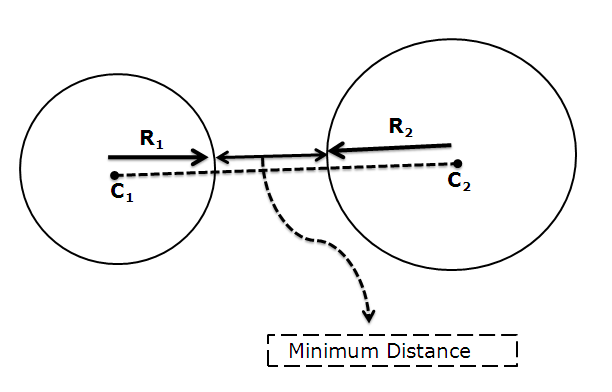 If S1 and S2 are two circles which intersect each other at A and B respectively, then the equation of the common chord to both these circles is given by S1 –S2 =0 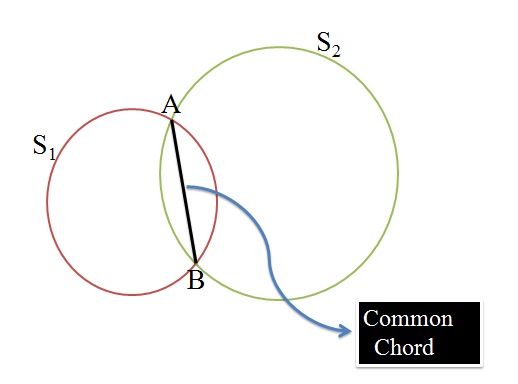