Distribution sets in Logical Reasoning are a kind that are the most frequently encountered in CAT or other B-school entrance exams. Distribution sets entail a lot of information that needs to be matched and are sometimes best represented in a tabular format. The sets can contain two variables or three or sometimes more than four. As the number of variables is increased, the level of difficulty is substantially raised. Sometimes the sets also contain numbers and calculations are also involved in such sets. The best way to deal with sets based on distribution is to represent the information in a tabular format and try to find the links joining the information. Keep filling up the table to eventually crack the set. One by one we shall see some sets based on distribution and the approach to crack them.

Example1: Six students of Kitabee - Bakul, Praveen, Pratik, Mohak, Sunny and Rahul work with six banks- SBI, Bank of Baroda, Yes Bank, ICICI, HDFC and PNB, not necessarily in the same order. They students are into six different hobbies- Sketching, Dancing, Gardening, Cooking, Singing and Reading without any order and each one of them has only one hobby. Further, it is known that:

a. Bakul works in Yes Bank and the one who likes cooking works with ICICI bank.

b. Mohak doesn’t work with HDFC or SBI but likes Reading.

c. The one who likes Sketching is not Praveen or Rahul and doesn’t work with Yes Bank.

d. Rahul & Sunny work with HDFC and SBI not necessarily in the same order.

e. The one who likes Singing works with SBI while Praveen likes dancing.

1. Who works with Bank of Baroda?

3. What is the hobby of the one who works with HDFC?

Solution:  This set is a perfect example of Distribution with three variables – Names, Banks and Hobbies.

From (e), we get Praveen likes dancing and the one who works with SBI likes singing.

As Praveen doesn’t work with HDFC (It has to be either Sunny or Rahul),

And also Pratik cannot be working in HDFC or SBI, so he works with ICICI leaving Sunny with HDFC and Rahul with SBI bank. Also, this means Bakul likes gardening.

1. Either Mohak or Praveen works with Bank of Baroda. So option (D) is correct.

2. Bakul likes gardening. So, option (A) is correct.

3. The one working with HDFC likes sketching. So, option (C) is correct.

Example 2: Anushka and Alia are two female actresses and Varun and Siddharth are two male actors selected for the shooting of four movies of Dhanraj Productions- Pyaar Alvida, Love Ultimate, Sanam Dilwale and Ishq Fever. Each actor/actress will feature in only two different movies. Each movie features one male actor and one female actress. No two movies have the same pair. Also, the movies are to be shooted in four different locations- London, Seychelles, Paris and Dubai. Following information is further known about them:

1. The male actor scheduled to shoot in London and Dubai does not feature in the movies –Love Ultimate and Sanam Dilwale.

2. Anushka is scheduled to shoot in Paris but does not feature in the movie Love Ultimate.

3. Pyaar Alvida does not feature Siddharth.

1. In which location is the movie Sanam Diljale scheduled to be shot?

2. Which pair out of the following is correct?

3. How many different combinations are possible?

1.  Sanam Diljale is scheduled to be shot at Paris. Thus, option (D) is correct.

As Alia/Anushka or Anushka/Alia could feature in Pyaa Alvia/Ishq Fever. Also the films could either be shot at London/Dubai locations. Thus, option (B) is correct. 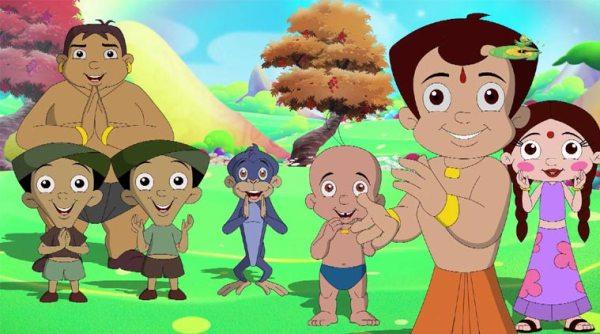 On the occasion of Holi, five races were held in Dholakpur village in which only five kids-Bheem, Chutki, Jaggu, Dholu and Bholu participated. In each of the race all the five occupied a different position while in no race the five participants occupied the same position. It is further known that:

C. Bheem came first in the second race while he came last in the fourth race.

D. Dholu just came before Chutki in the third race while Dholu came 2nd in the first race.

F. The one who came 2nd in the second race got the first rank in the fourth race.

1. Who occupied the fifth position in race V?

2. Who occupied the third position in race IV?

3. What was the position of Bheem in the third race?

Solution : We’ll first fill the table with the direct information that has been given to us.

From the table, it is clear that Bholu came fifth in the I race.Also, from statement A, we get Bholu came first in the third race.